Launch of the public relations and marketing agency for financial services FinancePR.com 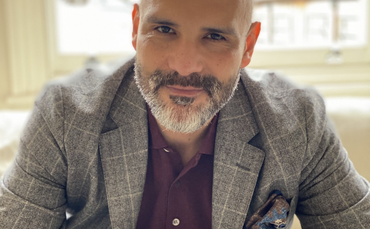 Vijay Shekhar Sharma of Paytm and Kunal Shah of CRED Join Existing Investors such as Sequoia Capital India, Think Investments in the Funding Round

Prior to the last fundraiser, FloBiz had raised $ 10 million in Series A from Elevation Capital and existing investors in March of this year.

Fintech startup FloBiz, a neobank for Indian small and medium-sized enterprises (SMEs), raised $ 31 million in a Series B funding round led by Sequoia Capital India, Think Investments and its existing investors Elevation Capital and Beenext. The cycle also saw the participation of Vijay Shekhar Sharma from Paytm, Kunal Shah from CRED, Jiten Gupta from Jupiter, Amrish Rau from Pine Labs. Neeraj Arora of HalloApp, Nitin Gupta of Uni Cards, Ankit Tomar of Bizongo, Sayali Karanjkar of PaySense and Krishnan Menon of BukuKas, as well as 9Unicorns and Whiteboard Capital.

The startup plans to use the capital for team expansion, product development and large-scale distribution to serve more businesses. FloBiz will also focus on building additional technical capacity within the organization as it prepares to move into financial services in the near future.

It helps maintain inventory, manage receivables and payables, and access important business reports to enable efficient decision making. With more than one million monthly active users, SMBs now record more than $ 1 billion in transactions on myBillBook each month, the startup said. It aims to launch the app in at least 5 other regional languages ​​within the next 6 months.

Rahul Raj, co-founder and CEO of FloBiz, said he has many developments underway to offer further services to his SME partners over the next 12 months.

“We are really impressed with the user orientation, product orientation and experimental approach of the founders of FloBiz,” added Tejeshwi Sharma, Managing Director of Sequoia Capital India.

Prior to the last fundraiser, FloBiz had raised $ 10 million in Series A from Elevation Capital and existing investors in March 2021. Founded in 2019 by IIT and BITS alumni Rahul Raj, Rakesh Yadav and Aditya Naik, FloBiz is a neobank for SMEs backed by investors like Sequoia Capital, Elevation Capital, Greenoaks Capital, Beenext and Think Investments.

According to official estimates, there are around 63 million SMEs in India. Of these, 44 million, or about 70%, are unregistered, while the remaining 19.5 million are officially registered.

According to Cisco’s 2020 Asia-Pacific SME Digital Maturity Study, 69% of SMEs in the Asia-Pacific region were accelerating their digitization rates to meet the challenges of COVID-19.